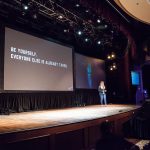 How does a destination battle negative perceptions? Get creative and embrace your DNA. “We’re not Paris, we’re not New York, we certainly aren’t Amsterdam,” said Corinne Allie, Senior Interactive Media Manager at Destination Cleveland in talk during Destination Think!’s Social Media Tourism Symposium conference in Amsterdam. Instead of fighting against what people were saying, her team […]