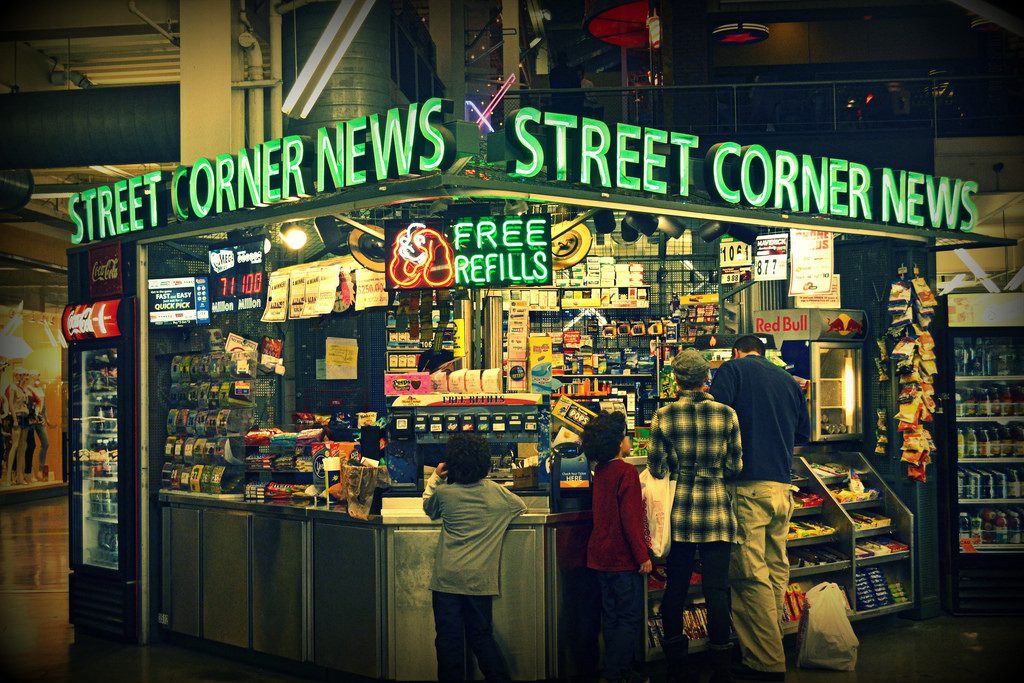 As a destination marketer, would you spend money to promote this article?

A similar question came to our attention via Victoria Isley, the Chief Marketing Officer (CMO) at Bermuda Tourism Authority (a Destination Think client). Victoria shared with us this Adweek article, “How Hollywood Is Cleverly Using Earned Media as Paid Media”. To summarize, the article describes the tactical marketing trend towards linking to third-party content in promoted posts, using Hollywood films as an example. This led us to a related destination marketing question:

The question sparked a lively email conversation among our international team. Here’s what they had to say. 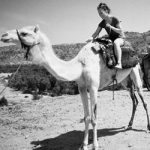 I see promoting third-party content as a small supplement to content distribution rather than the centre point of a strategy or campaign. This tactic does increase awareness of the destination, but there are more effective ways to do that, where you can have control over the story you want to tell and have the ability to follow up and engage with them in the future.

If an earned media piece is featured in a publication that we think is in line with our target audience and it contains content that the target audience would value, we would share it. If there is an ongoing paid social strategy and the post performs well, we may promote to extend its reach. I don’t see this as problematic. 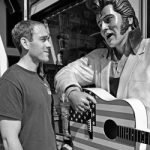 “If you’re good and someone else confirms it, why not share that sentiment?”

Is this really a new trend? Haven’t movies and the entertainment industry been doing this forever?

To respond, I love the idea of promoting outside editorials that speak positively to your destination. If you’re good and someone else confirms it, why not share that sentiment? If the main drawback is “If you squint, it looks like you might have paid for editorial coverage,” then it’s probably a good tactic.

To look at this very simply: If The New York Times writes an article about how great the destination is and the DMO pays to share the article to 100,000 extra people, what could possibly outweigh the benefits of that? 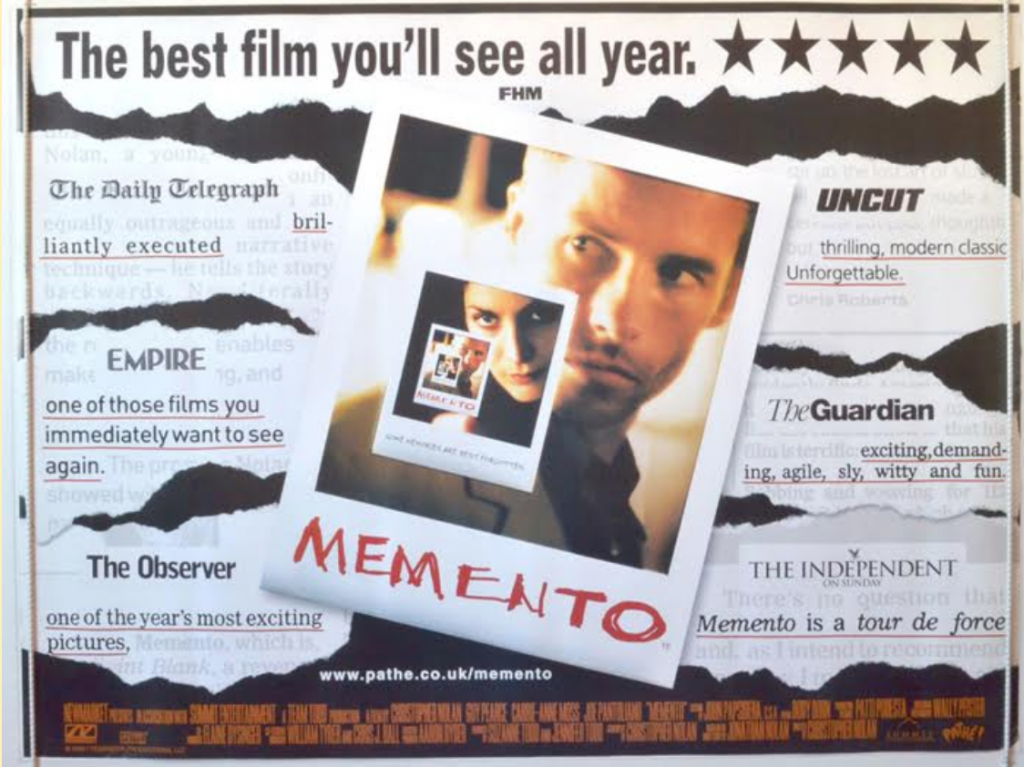 A poster for the 2000 film “Memento” that contains quotes from earned media. 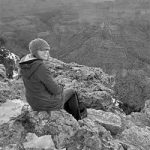 “The moral of the story: Does this provide value to my audience?”

I don’t think all content sharing should be based around third-party material, but there’s no harm in using outside articles to mix up your posts, especially if they tell a great story that speaks to a specific niche interest. Some destinations already do this with PR pieces.

I see some DMOs using a format where they share a link on social, which goes back to a portion of the article on their site, and then to the actual piece. After all the clicks, those DMOs (like Curacao) probably lose a lot of readers before they learn anything about the destination.

DMOs should also know when enough is enough and not oversaturate their audience. For example, the AdWeek article above references the third party media promoting the film Lady Bird. From my perspective, it definitely worked for awareness, but I’ve seen such an overwhelming amount of Facebook content about Lady Bird that I’m tired of it before I’ve even thought about going to the movies. Even after all that media, I don’t even know what the movie is about. That would probably be a more valuable topic to cover than a video through a third-party outlet called “Saoirse Ronan Tries to Pronounce Difficult Celeb Names”.

The moral of the story: Does this provide value to my audience? In the case of that video, Lady Bird was just adding pollution to my feed. 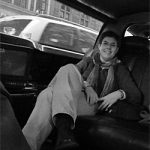 “Would [DMOs] promote earned media about something the mayor did or about a local sports team winning a tournament?”

If we ignore the article for a moment, DMOs have long promoted earned media about their destinations, using whatever channels were available to them. In the past, that was only the media outlets themselves and some quotes in printed materials they produced.

Fast forward to today. DMOs use social, web and email channels to share this stuff. With algorithms affecting the reach of any of their unpaid social content, they now bolster content delivery with a healthy mix of paid posts. That content still includes a percentage of earned media. So there’s nothing particularly controversial here, in my mind.

Jumping back to the article: People have always wondered if editorial decisions are influenced by advertisers. This won’t change. I think the important distinction for these Hollywood examples is that they are linking to earned media that is not narrowly focused on the product. Would this be the case for any DMO? Would they promote earned media about something the mayor did or about a local sports team winning a tournament? For example, if your destination’s baseball team won the World Series, would you promote earned media for an article about a player that has zero connection to travel or your destination’s identity? That, to me, would be analogous for a DMO. People see movies because of the stories and the stars. Do people go to Boston because of a particular Red Sox player? Maybe they do, and that’s the yardstick to determine the value of promoting that kind of earned media. 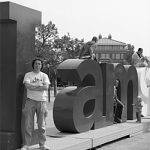 Many people live in information bubbles. They hand pick the sources they trust. It sometimes causes trouble in politics, but it’s also part of our methodology. We call these sources storytellers. For the DMO, outside storytellers are often more important because of these info bubbles.

The Adweek article says, “One of the key factors in driving the adoption of influencer marketing is the steady drumbeat of studies suggesting people are more influenced by the opinions of other people, not the marketing efforts of brands and companies.”

In other words, people are more influenced by the opinions of other storytellers.

This is why it’s important to understand which storytellers influence our client’s target audience. In which info bubble does the target audience live? Niche marketing and passionography (the study of visitor passions) is important in this regard: People with specific interests live in these passion bubbles.

As a personal example, I don’t care much about what Condé Nast says the hottest destinations of 2018 are. But when people in my Formula 1 (F1) car racing bubble tell me that Singapore, Montreal and Baku are the best cities to visit to watch an F1 race, I listen. And to turn it around, when destinations talk about their championship-winning sports stars, people in the sports bubble pay attention.

Now, what do you do as a DMO? Create and promote your content? Boost third-party content that speaks highly of you? Boost content within a passion bubble? Pay for influencers in passion bubbles to create content for you and then boost that?

Destinations should base decisions about content on the customer journey. Where are the gaps and challenges? Are they in awareness, consideration, intent or conversion? Or even in the experience itself? Understanding this will help focus investments and priorities. These third-party storytellers often impact large chunks of the path to purchase. If PR is taking care of awareness, great. A DMO can invest in other places where it needs the impact.

For larger DMOs with more substantial budgets, there is an added element: building a mass reputation. Iceland got a lot of attention as it became a trend that fueled general interest and awareness of the destination. The New York Times and Condé Nast may be part of a small passion bubble, but more importantly, they do contribute to the overall perception. Trends and general popularity do play a part in the decision-making process. It pays off to be featured in those publications if you’re British Columbia. It helps in a general sense, as long as you’re careful not to attract the wrong visitor. For example, Iceland is now starting to suffer from overtourism.

But should B.C. now put money behind boosting this New York Times article? Assuming it makes sense from a customer journey perspective, you need to understand if people you’re going to promote this content to will believe the source. If they are getting info from outside their bubble, they might be skeptical. The promotion might even have a negative effect.

With infinite sources and infinite content without processes and filters, there is no absolute truth in media anymore. That’s why segmentation and understanding your audience on a niche deeper and granular level is so important. 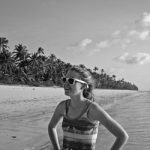 I’m echoing some of what has been said, but from my perspective, this is very dependent on the audience and which details a particular audience pays attention to or has come to expect.

For consumers: It’s a generalization, but I’d expect millennials to see a sponsored editorial and either disregard it because they’re used to everything being an ad, or take it into consideration. On the other hand, a 60+ audience might not make the same connection but if they do, find it disingenuous.

For DMO relationships: This requires more attention and a deeper understanding of the implications of choosing a specific sponsor. Who benefits from the content and does everyone in the local tourism region fully understand the choice?

Either way, as organic and paid social media blur, we content curators are still in charge of delivering information to channels and audiences smoothly, in a way that doesn’t reveal any behind-the-scenes bumpiness. Whether that’s testing the waters, or training an audience to understand what a certain type of post means, it’s more case-by-case than one-size-fits-all. 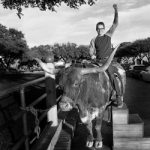 The content curation aspect of this is interesting. Beyond making new content for themselves, destinations need to be able to identify the right stories to boost, as William said, for the right audience at the right time. And since social media makes us all publishers, there are so many sources of new content, which means that we will always need to stay flexible as we collect new information about visitors.

Related reading: Are you invested in the right business models?