The tourism “Trump Bump”: How a Canadian destination acted fast on a controversial opportunity 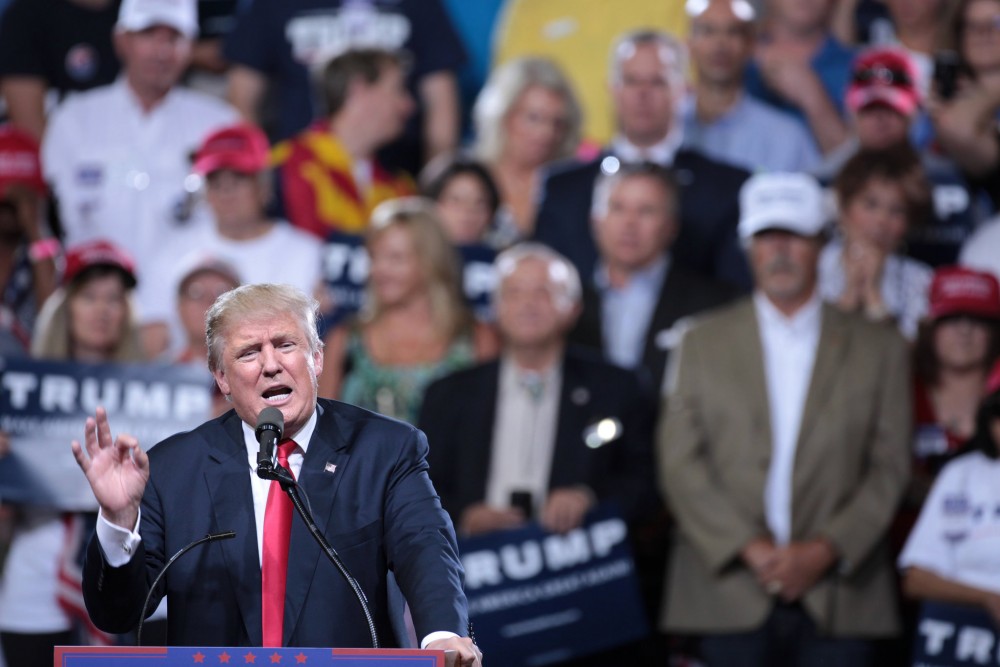 What do you do when the international spotlight suddenly shines on your destination? Carpe diem – seize the day, as Destination Cape Breton Association (DCBA) will tell you. Located on the Atlantic coast of Nova Scotia, Canada, Cape Breton Island continues to reap the rewards of an unorthodox campaign that began by encouraging U.S. residents to move to Cape Breton if Donald Trump wins the U.S. presidential election in November 2016.

In February 2016, local Sydney, Nova Scotia radio host Rob Calabrese threw a humorous jab at his American neighbours by creating the “Cape Breton If Trump Wins” website. The site’s cheeky message went viral, earning media attention and sincere requests for information from potential immigrants and residents. This is when DCBA stepped up to shape promotion around tourism.

Through interest in immigration to Cape Breton Island has died down somewhat, the local tourism industry is still reaping the benefits, to the tune of a 30% increase in April bookings for hotels and B&Bs over last year – an impact fueled by exposure on CNN, CBC and other major television networks and online publications, not to mention a shout-out from President Obama. The resulting influx of visitors and attention has been dubbed the “Trump Bump”.

We asked CEO Mary Tulle of Destination Cape Breton Association to describe the phenomenon and how the organization responded to the opportunity.

Destination Think: The “Cape Breton If Trump Wins” website began as a tongue-in-cheek project by a local Sydney radio host, but Destination Cape Breton Association quickly seized the opportunity. How did you come to the decision to support the website with a campaign?

“As a tourism organization, our goal and role is to ensure that every inquiry is answered, so that was our initial response. We wanted to ensure that each of the more than 5,000 online inquiries we received in the first weeks would be answered in a timely manner. This required a few ‘non-traditional’ shifts in mid-February that included bringing in seasonal staff to help field the inquiries.

“As time went on, and the website traffic continued to climb, we made a plan to really capitalize on this newfound awareness. We were already prepared to qualify web visits and potential conversions, so our team put together an online campaign that we worked on in partnership with Google to develop retargeting campaigns. To put this increased attention in perspective: In 2015, we spent $90,000 with AdWords, but the traffic we’ve received from the ‘Trump Bump’ would have cost almost $3,000,000 to generate that way.”

Commenting on international politics in a tourism campaign might be perceived as a risky or controversial move by some. What were the conversations around this like?

“Without question, it was critical to stay on topic. In other words, I only spoke to what I am hired to speak about – tourism. I was certainly asked extensively about immigration and relocation, employment opportunities, education, etc., but all questions from media that were asked outside of the tourism story were not addressed.

“We were also clear in our messaging that we certainly welcome anyone to Cape Breton Island to visit.”

How did your stakeholders respond to this campaign as it was developed?

“Destination Cape Breton led a meeting of relevant stakeholders shortly after the opportunity presented itself and the response was overwhelming. An unprecedented and extraordinarily positive gathering, it included officials from all levels of government and representatives from the immigration, education, business, real estate and legal community.

“From there, an additional portal – welcometocapebreton.ca – was launched. It provides useful links for those who want to come to work, study or visit Cape Breton Island.

“We continue to work together and each of us recognize that while the Trump Bump may not impact our population growth today, we can absolutely capitalize on the new awareness to Cape Breton [as a destination] and effectively target those individuals who we have qualified as ‘genuinely interested in our destination.’”

Beyond increasing awareness and qualifying visitors, did your stakeholders express any concerns?

“If there was one concern, it was that individuals looking to speak to immigration officials weren’t able to do so in a direct way. That being said, a local immigration lawyer stepped up immediately and developed an infomercial on what the high-level requirements to immigrate were. The same scenario transpired with those looking for property – the local owner of a real estate franchise immediately joined the table and responded directly to all inquiries.” 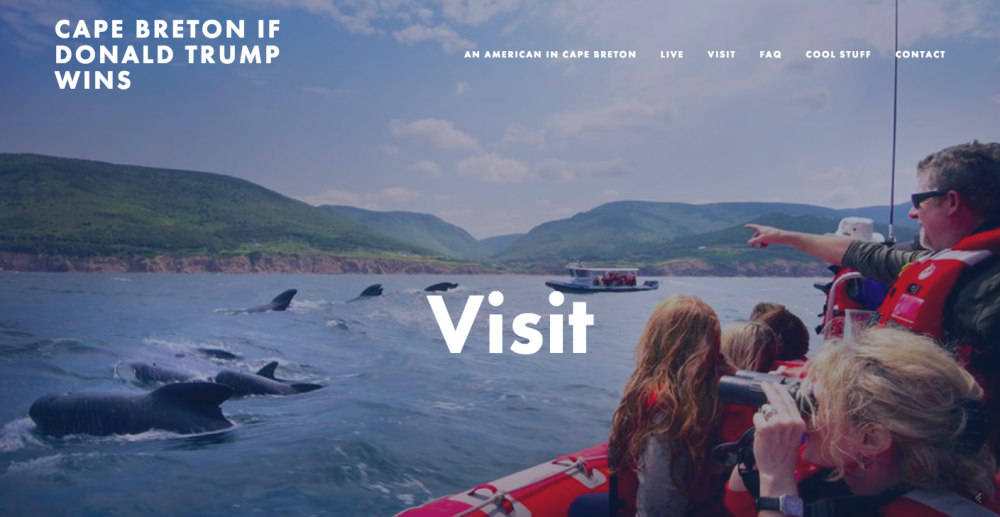 It sounds like everyone responded swiftly to the opportunity. Has your DMO been able to incorporate this kind of flexibility and openness to new ideas into other aspects of your planning?

“I have always tried to build our industry with non-traditional partnerships and opportunities so our team is used to lots of flexibility. Being open is key. Everything that we have done adheres to our overall vision, we just try and achieve it by being a little creative when we can.”

How does your DMO remain agile enough to respond to opportunities like this?

“We don’t really have a normal organizational structure. I believe that everyone should work within their key strengths, allowing their ‘cream’ to rise to the top, and leaving the ‘skim milk’ for someone else. We have as many contracted staff as we do as full time employees. This absolutely gives us the flexibility to hone in to do whatever is required to accomplish something immediately.

“Everyone recognized that the ‘Trump Bump’ was probably a once-in-a-lifetime opportunity, so our team embraced it, regardless of what time or out-of-the-box commitment was required.”

This season of politics and tourism isn’t over yet, but what is the biggest lesson you’ve learned so far from the Trump Bump campaign?

“The lesson is more of a reinforcement to:

Tagged with: cape breton island | destination cape breton association | donald trump | mary tulle | nova scotia | obama | trump bump
← Prev: Destination marketers are collaborators: DMOs must strive for a net benefit from tourism in their communities Next: Not all engagement is equal: How your destination can nurture higher-quality interactions → 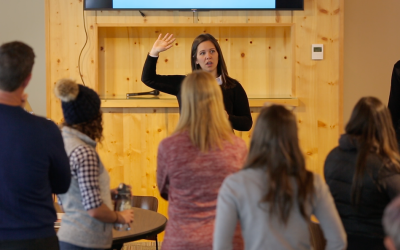