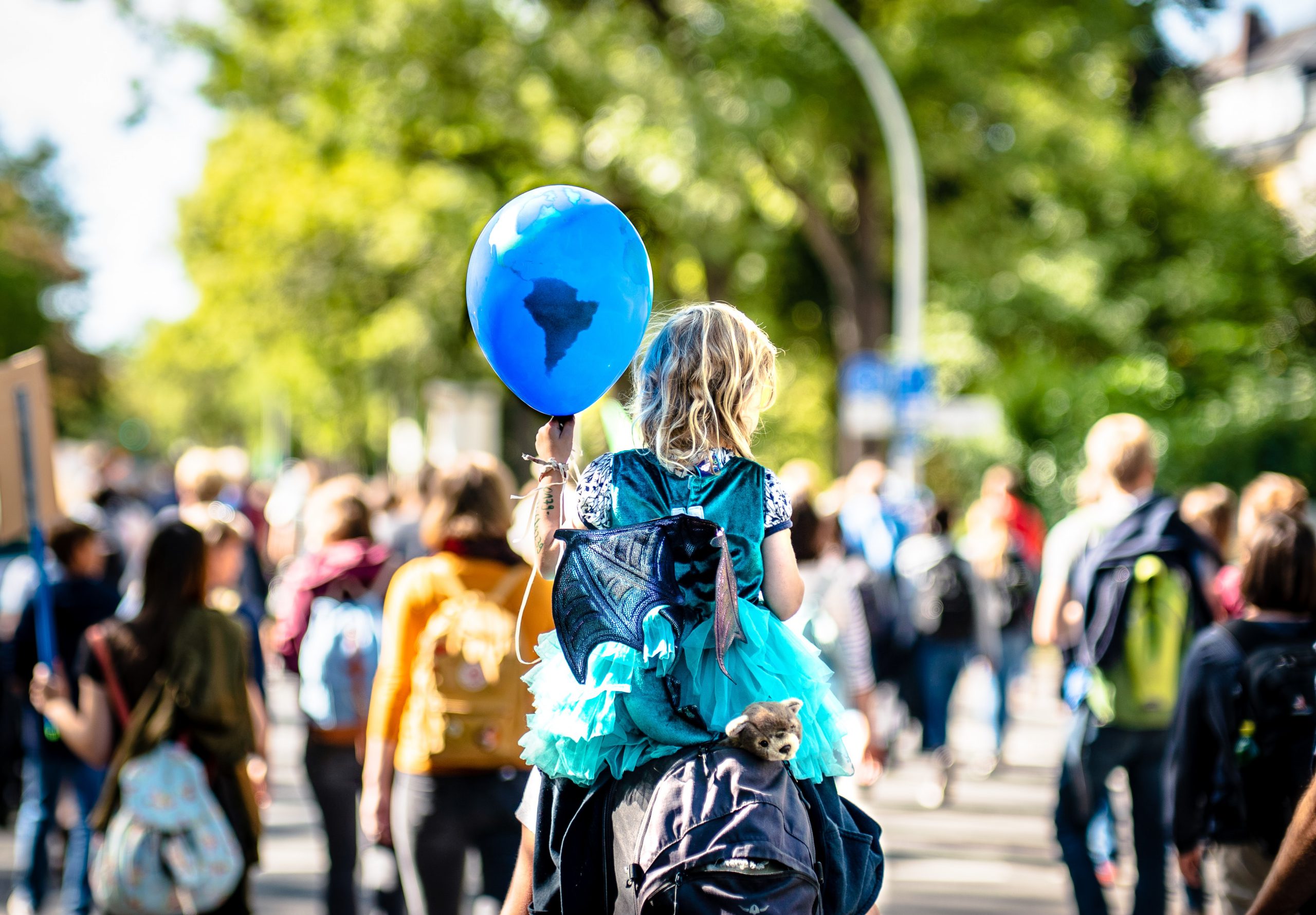 The world needs to reduce greenhouse gas (GHG) emissions as much as possible, as fast as possible. There are now less than 11 years left to hit the target and each day matters.

That’s the overarching message from the UN’s Intergovernmental Panel on Climate Change (IPCC), which warned in a 2018 special report that governments and policymakers need to act soon to avoid worst-case climate scenarios. Meanwhile, the global carbon footprint continues to grow. But emissions must fall dramatically by 2030 to stop the global temperature from rising beyond 1.5°C above pre-industrial norms, as the IPCC report recommends.

The global tourism industry needs to lead the change.

A study in Nature shows that, as a whole, tourism activity makes up 8% of global greenhouse gas (GHG) emissions.

Tourism activity and global temperature rise are both accelerating trends. The United Nations World Tourism Organization (UNWTO) measures the number of annual international arrivals. Their data shows around 25 million arrivals in 1950, 270 million in 1980, 1 billion in 2012 and 1.4 billion in 2018.

Meanwhile, the total number of airline passengers has grown to more than 4 billion this year and is projected by IATA to double by 2037.

You can also measure the GHGs emitted by individual travel actions. Take air travel, for example. One round trip across the Atlantic on a commercial airliner far exceeds the maximum amount of annual carbon emissions that one person can produce to meet the climate goal of the 2015 Paris Agreement. Compared with travel by car, bus, or train, aviation causes the most pollution per kilometre, per traveller. 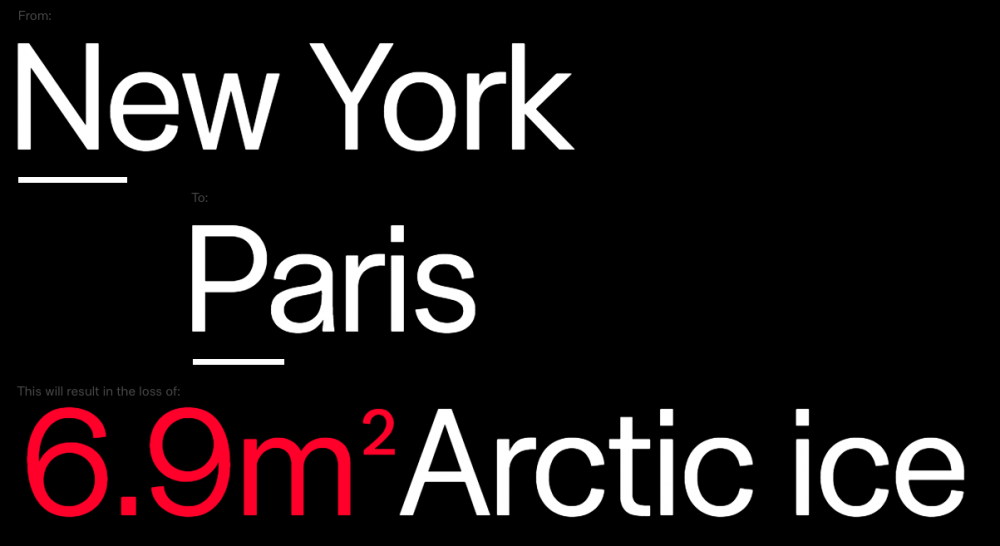 Screenshot from shameplane.com, a calculator that measures carbon emissions from flights and the effect on polar ice. “This will result in the loss of 6.9m2 Arctic ice”

The cultural conversation around climate and tourism is changing rapidly. As more people internalize the urgency to reduce emissions, there is a new wave of awareness and a desire for action among travellers and from the tourism industry. Though individual acts are not enough to save the planet, they can collectively build momentum toward systemic change.

You’ve no doubt seen that climate conversations are bubbling to the surface of local, regional and national politics.

September 2019’s global climate strikes were the most dramatic example so far. Thousands of businesses and millions of people – including the Destination Think team – participated in the rallies to demand change to the status quo.

We took part because we are in the midst of a cultural shift that tourism destinations and places can’t ignore. The climate crisis is changing visitor behaviour and perceptions of tourism. It poses the question, “Under what circumstances does travel make the world a better place?”

You’ll need to grapple with that question as a destination marketer, place manager or policymaker, no matter where you are. The conditions for gaining social license are changing as quickly as tourism sentiment does. We’ve seen this first-hand in our work leading sustainable and regenerative solutions through our strategic consultancy with clients like Tourism Bay of Plenty, which is taking action toward regenerative tourism; and Wonderful Copenhagen, which declared “The End of Tourism” in 2017.

To plan effective and responsible tourism strategies, your destination needs to understand what motivates travellers to make different decisions, Then, find out how your actions can help move the world in the right direction – toward a reduction in overall GHG emissions.

Flight shame is one trend that shapes feelings about travel.

“Swedish singer Stafan Lindberg coined the term “flygskam,” or flight shame, in 2017 when he pledged to give up flying because of the carbon emissions jets produce, worsening climate change.”
–CBS News

Our team has seen some of this sentiment first-hand through our management of social media channels for tourism destinations. It is becoming more common to see comments like these decrying air travel:

Social media engagement is an indication of visitor and resident sentiment. It offers clues to inform responsible tourism strategy. As attitudes change, more people view flying as wasteful or redundant. Short-haul travel may become more desirable, even for those with the means to fly overseas.

Alongside flight shame, the slow travel movement is gaining momentum. 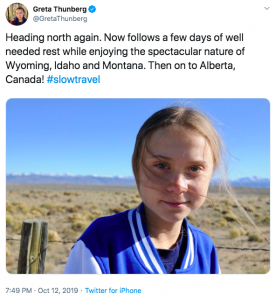 As an offshoot of “slow food” and other wellness trends, slow travel is about more than modes of transportation. It’s about savouring places and new connections to people and cultures. With this mindset comes an awareness of environmental responsibility.

Swedish climate activist Greta Thunberg has drawn attention to this trend by using #SlowTravel on Twitter as she travels across North America and takes some purposeful steps to reduce her travel emissions. Her zero-carbon sailing voyage across the Atlantic is a prime example.

Flight shame and slow travel are signal more significant changes to come, whether or not they can be shown to decrease emissions. Through social pressures like these, fewer people will likely support tourism strategies that focus only on economic goals and exclude social, cultural and environmental objectives.

As moral concern and outrage about climate change grow, governments and other organizations are pledging to reduce emissions in response to public pressure:

Every day it becomes riskier for leaders to lag on climate solutions. The environmental consequences are now clear to everyone paying attention. Local impacts vary, but places can act to reduce risks to businesses and quality of life.

One risk is that public perception turns against tourism when the local quality of life suffers. Unmanaged visitation risks crowding out residents or erasing local culture. We’ve seen this in many places, from the streets of Barcelona to the parks of Vancouver. To avoid these risks, your organization can’t impose a tourism strategy on a population. You’ll need an open process of collaboration with local stakeholders to co-create solutions instead.

For some time, the destination marketing industry has been organizing to share ideas and sharpen thinking in light of the climate crisis. Destination Think ’s Forum 2016 event gathered international destination marketing executives to tackle common challenges together, including Profit and Planet, the perceived conflict between tourism business and environmental responsibility (read more in the Forum 2016 white paper).

Since then, Visit Flanders (a destination that participated in Forum) has been imagining a new way of doing tourism that doesn’t rely on endless growth in numbers. “Could tourism possibly create more value with fewer visitors?” is among the questions that CEO Peter de Wilde asks in the organization’s Travel to Tomorrow initiative, and in this video introducing the idea. In September 2019, the destination hosted a tourism summit for those who want to “contribute in an innovative, sustainable way to a future proof tourism.”

“To paraphrase one of the summit’s speakers: we are all crew and not passive passengers on the living spaceship called Earth,” says Elke Dens, Marketing Director at Visit Flanders and Chairman of the Marketing Group at European Travel Commission.

What role can you play as a destination marketer to act on climate change?

“Take up your responsibility in your daily life and also in your profession. Start thinking holistically and design a generative image for the future. Begin with many small experiments that fit. Welcome people and other organizations to participate. That’s how our Travel to Tomorrow movement started.

“The generative image of the Travel to Tomorrow movement is a lime tree. It guides us to answer the question of how tourism can contribute to a place by creating flourishing destinations. It focuses on the living parts instead of the physical assets, which is not what usually happens.”

“People working in tourism are the gardeners of the living system.”

“Our responsibility is to create the conditions to make places and people thrive. I think that is how destination marketers should see themselves.”

Elke Dens invites you to get involved. Find information about the movement, the summit and the speakers who participated at www.traveltotomorrow.be.

Will you join tourism leaders who take action towards regenerative solutions for the places they represent? Sign up to DMO Matters, our weekly newsletter, to stay ahead of the trends and learn from your global colleagues. 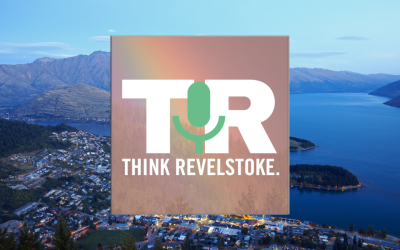 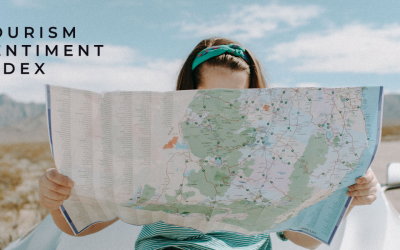 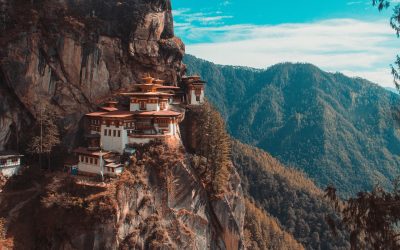